To share your memory on the wall of Gerald Nagley, sign in using one of the following options:

Provide comfort for the family by sending flowers or planting a tree in memory of Gerald Nagley.

Provide comfort for the family of Gerald Nagley with a meaningful gesture of sympathy.

He was born to the late Mitchell and Mattie Enos Nagley on July 22nd, 1935.

In addition to his parents, Jerry was proc... Read More
Gerald Kenneth “Jerry” Nagley, of Martinsburg, WV, passed away on Friday, October 16th, 2020.

He was born to the late Mitchell and Mattie Enos Nagley on July 22nd, 1935.

In addition to his parents, Jerry was proceeded in death by a sister, Dee Sencindiver, and two brothers Charles “Tommy” and Jackie Nagley.

Jerry’s life was a model of service to his family, his church, his country, and his community. A proud alum and supporter of Martinsburg High School, Jerry served in the U.S. Navy as a radioman aboard a mine sweeper in the Pacific and at the Pentagon before beginning a thirty-eight year career with the Martinsburg Journal where he retired as the production manager. A seventy-plus year member of St. Luke’s United Methodist Church, he served on the administrative board and was a joyous member of both the “pie- making” team and Hott Memorial Class. Jerry’s involvement in the community includes long-tenured service and leadership roles with Martinsburg/Berkeley County Boys & Girls Club (former chair of the board of directors), Mountain State Apple Harvest Festival(Former President), Martinsburg Kiwanis Club (former President and Lieutenant Governor), and Exhausted Roosters. He was a Master Mason with Equality Lodge 44 and an Osiris Shriner with whom he provided transportation to the Philadelphia Shriner’s Children’s Hospital for local children and their families. Jerry had a passion for helping others and especially enjoyed providing support for youth programs and leading young people to a life of service as evidenced by his many years as an advisor to both the Martinsburg and Hedgesville High School Key Clubs.

In lieu of flowers, the family asks that you honor Jerry with a gift to a local charity that will benefit a child. Even better, continue Jerry’s legacy of service by joining a local
civic organization to help those less fortunate and in need of encouragement.

To send flowers to the family or plant a tree in memory of Gerald Kenneth Nagley, please visit our Heartfelt Sympathies Store.
Read Less

Receive notifications about information and event scheduling for Gerald 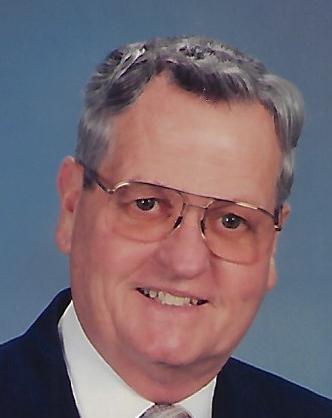 We encourage you to share any memorable photos or stories about Gerald. All tributes placed on and purchased through this memorial website will remain on in perpetuity for generations.

Bryan Arrington sent flowers to the family of Gerald Kenneth Nagley.
Show you care by sending flowers
Hand delivered by a local florist

We were sorry to learn of Jerry's passing.
Glen enjoyed learning to know him from working at Ramon's and I am a former member of St Lukes and was gratefull to him when he drove the van and pickup my mother at Ambrose Towers for church. Always a kind person.
Glen & Sandra(Clark) Sherrard
Comment | Share Posted Oct 27, 2020 at 01:04pm via Condolence
BS

So sorry to hear this news. I went to school with Scott. Prayers and condolences to all.
Comment | Share Posted Oct 21, 2020 at 07:32pm via Condolence
BA

Please accept my condolences, you are in my familys thoughts and prayers.

I was very sadden to hear of the passing of Jerry. He was definitely a kind man and always said hello to me every time he saw me. I will always hold my memories of him close to my heart. The whole family is in my thoughts and prayers.
Comment | Share Posted Oct 20, 2020 at 02:00pm via Condolence
S

God blessed me with the absolute most wonderful father-in-law. Jerry was a genuine loving and caring man and I will miss him greatly. Sue
Comment | Share Posted Oct 19, 2020 at 07:36pm via Condolence